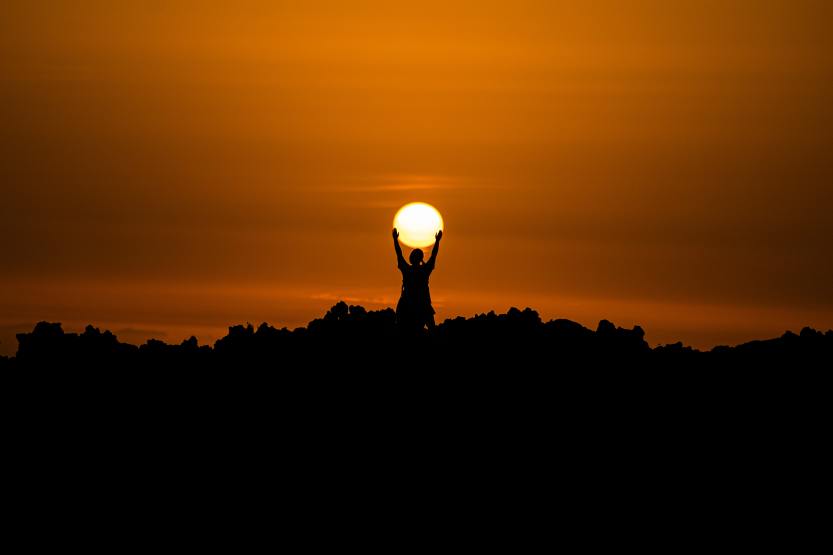 I feel like the world is holding its breath. I said before that 2020 wasn’t done with the roller coaster ride, and I sort of feel like we’re inching up the incline towards the last drop – not necessarily that the upcoming drop is a bad thing.  There are people who live for the thrill of flying down that drop at top speeds.  And then there are people who won’t consider even approaching a roller coaster, let alone getting on for the ride.

I’m not a thrill seeker.  But I’m not afraid to board the roller coaster and see what it’s all about, either.

So, while the world is holding its breath, I’m trying to keep moving forward.  It feels like I’m trying to walk with weights underwater – the progress is slow. I know what I need to do to move forward, and the desire is there – but right now it feels easier to move a little slower than I was previously. Slow and steady wins the race, I suppose

I’ve stopped working at the breakneck speed I have been the last couple of months – I’m doing some light promoting and writing what I feel like writing when I feel like writing it. That means I’ve done next to no content writing, and haven’t submitted anything anywhere in a while. I’ve tried a couple times to write blog posts and they have been utter crap because I’m definitely trying to force words out of my brain, when really my brain just wants to be on autopilot. So I write just to relieve tension sometimes, and don’t end up posting it. That’s okay, too. I’m still practicing my art, whether it’s published or posted or not.

Inspiration struck out of nowhere this morning at work, though.  I took ten minutes and scribbled out four pages of words in a notebook, since I didn’t have Rosalyn with me.  I really just needed the idea out of my brain so I could continue on with my workday.  I got home this evening and typed it all out – five hundred odd words was all it amounted to.  I rearranged sentences and paragraphs, omitted and added some phrases and words – and with just under eight hundred words, submitted it to Her View for their consideration.  Cross your fingers for me, y’all.  I’d like to have something else out there, and while the topic isn’t anything earth shattering or groundbreaking, it’s definitely significant observances that we may sometimes neglect to make.

So, about today’s quote.

“And did you get what you wanted from this life, even so?

And what did you want?

My first, hard ass thought was “Well I don’t give a shit if people love me or hate me. Fuck ‘em.”

But let’s look beyond the surface, shall we?  Let me back off of my first knee-jerk reaction here for a moment. I mean, that’s what I’m trying to do here with these quote posts – delve a little deeper, look a little closer and more thoroughly at things.

I really care an awful lot about people.  They get on my nerves with their selfishness and thoughtlessness at times, but at the end of the day – I want to make people’s lives easier and brighten someone’s day whenever possible. I told the barista at Starbucks the other day that I enjoyed when she worked because the line always seemed to go faster.  I embarrassed her.  I didn’t mean to; I was just being honest. As she fumbled with napkins, dropping them, and struggling to get them out of the dispenser she joked about her clumsiness. Even though I embarrassed her, I hope it still brightened her day, though.

Today I sent out a series of texts to people that are important to me – just letting them know that they are important to me, and why. Oliver and Emma received one, and a couple other people.  I’m not done; I have some other people I need to reach out to yet.  I didn’t want to do it all in one day.  I got mixed reviews.  Some people thought it was odd.  Some people accepted it for what it was – a sincere expression of feeling to let them know that they mattered. Whatever the reaction was, I’m glad I did it. Tomorrow is not promised, and I would much rather take the risk of someone thinking I’m a little odd in my honesty than not let them know the impact that they have had on me.

I don’t care what people think of me for the most part – but I definitely want to make a difference in the world. I want to have a positive impact as opposed to a negative one.  So I write, and I pay awkward compliments to people, and smile at strangers and make stupid jokes. . . people don’t have to understand. It makes me feel good to make other people smile. It’s nice to know that my words are read by other people and might help them through a hard time. . . or hell, maybe it just helps them pass some time in the waiting room.  Whatever the case may be, I enjoy that I maybe made someone’s life easier or brighter, even for a moment.

So, while I don’t necessarily need to be ‘beloved’, I do want to be remembered for being a good person.

Happy Friday.  Take a second to make someone smile. You never know – you might be the bright spot in their day.

Photo by David Monje on Unsplash

One thought on “Someone’s Bright Spot”