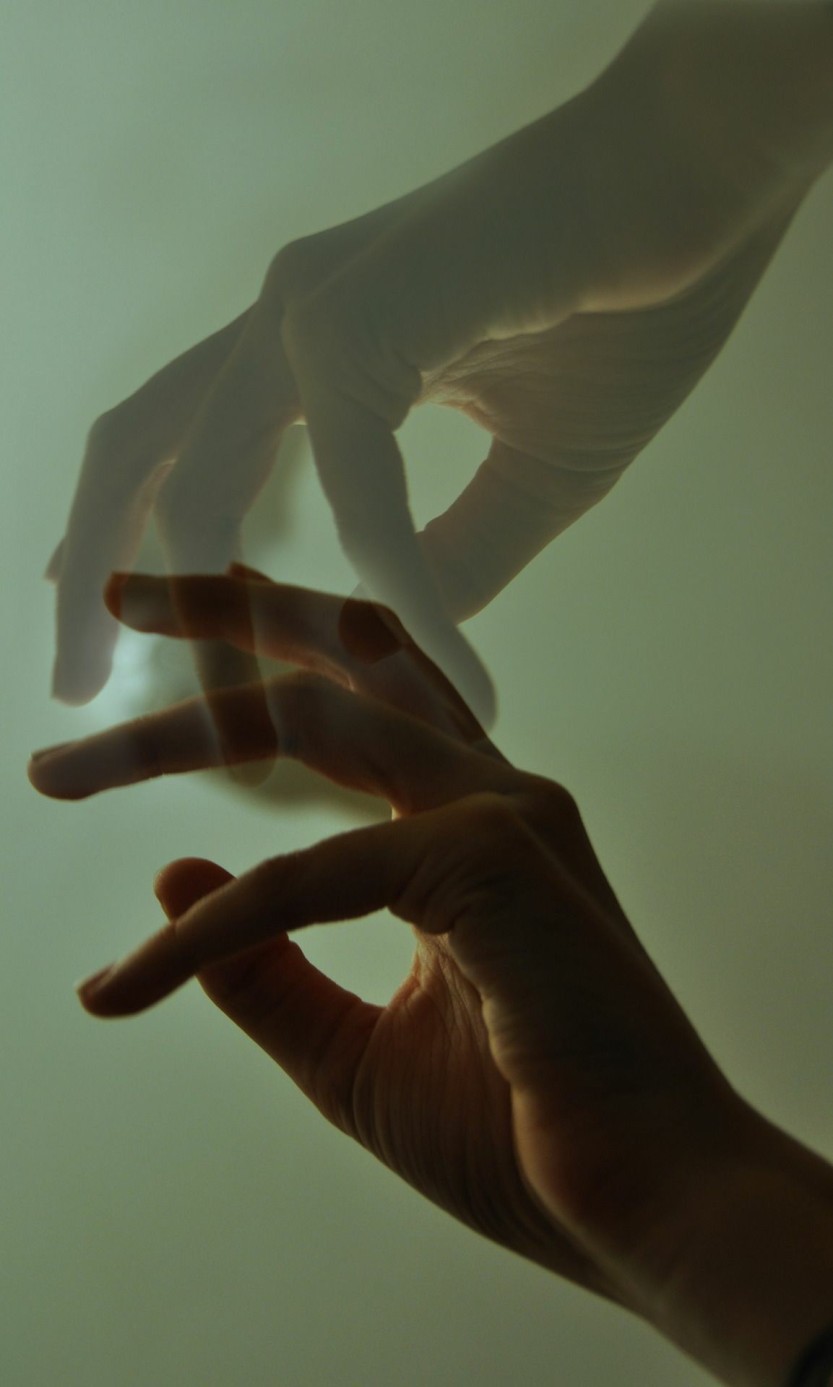 I was sitting on the top step of my porch a little bit ago, smoking a cigarette, enjoying the suddenly cool breeze. It hit 93° today, and that breeze was, quite literally, a breath of fresh air.

I was scrolling Facebook and one of the two lights kicked on, this one on my left side. They are solar lights, so it didn’t surprise me when it kicked on as it’s pushing 930pm. The left always kicks on first, so the fact that the one on the right hand side didn’t kick on was nothing out of the ordinary, either. As you can tell, I am normally outside this time of night since I know these things.

I continued scrolling and smoking. The right light kicked on. And then off. I stopped scrolling. It kicked on again. I looked up to see if there was a cloud. Nothing. It kicked off again. And then on. I looked around for something, anything that could be fucking with the light sensor. There was nothing. Meanwhile, the flickering began to pick up its pace. I debated going live on Facebook to record it but figured with my luck it would get it’s act together right around the time the recording actually began. Instead, I held my hand over the sensor, hair standing up on my arms, trying to disprove my superstition with common sense. It kicked on and stayed on. I removed my hand. The flickering commenced, still picking up speed. I held my hand over it again, and then removed it with the same results. I watched it flicker, now just barely slower than a strobe light, and did the whole dog with its head cocked thing. I dialed Matt’s number. Someone had to see this. It rang a hand full of times, the flickering continued to quicken. . . And as Matt picked up the phone, the flickering ceased and the light became steady, lit normally. “Nevermind,” I sighed as Matt answered.

Shaking my head, I stood and extinguished my cigarette, walking inside. Grandma was in the kitchen getting a bowl of fruit.

“I wish someone else woulda seen than,” I said, closing the door behind me.

“Seen what?” She asked. I explained as I did above.

“Isn’t that weird?” She said. “Its like someone was trying to talk to you!” Chills coursed my body. My thought precisely.

Science can explain most superstitions. For example, the sensor may be going out in the light. There was a breeze so maybe that has something to do with it.

And why, exactly, did it stop when Matt answered his phone? Coincidence? Maybe.

Why does Turn the Page or Free Bird always play when I’m nervous, no matter the radio station I’m listening to? Dad’s favorite songs. . .

I lost an important piece of paper once that I needed for an extremely important appointment. This was roughly a month after my dad passed. I spent the evening before the appointment tearing my apartment apart searching for it, not finding it. I have up at 11pm and went to bed. Began my search again at 630am the next day. It came time to leave for my appointment and I left my apartment, only to realize halfway there that somehow, my wallet was not in my purse with everything else I needed. I went home and that piece of paper was on my kitchen table, along with my wallet.

How did a touch lamp come on when it wasn’t plugged in? Why did another lamp in that apartment keep shutting off randomly, and my cupboard doors close on their own? I’m notorious for leaving cupboard doors open while I cook, the easier for me to grab and add to the pan. My mother hated that. These things all happened shortly after my mom passed.

A deer crossing behind me as I left the cemetery after one of my visits, and only later did I find out that deer were one of my late uncles favorite animals.

Sometimes my blinds have a single slat open as though someone had peeked out. . . And I’m the only one in the house. Something else that I’ve been told is a ‘sign’ from my uncle.

On one occasion in the rain someone slammed on their brakes in front of me and I felt as if someone yanked the wheel and veered me into the other, clear lane, out of harms way. Matt and I were the only ones in the car and he was in the backseat.

Very recently my tires refused to gain traction as I hit black ice coming to a stop light. I panicked and pressed the brake and I heard my dad in my head, “get off the damn brake!”

All of this can easily be explained – coincidence, wishful thinking, science even. . .

It’s full dark now. The light is off.