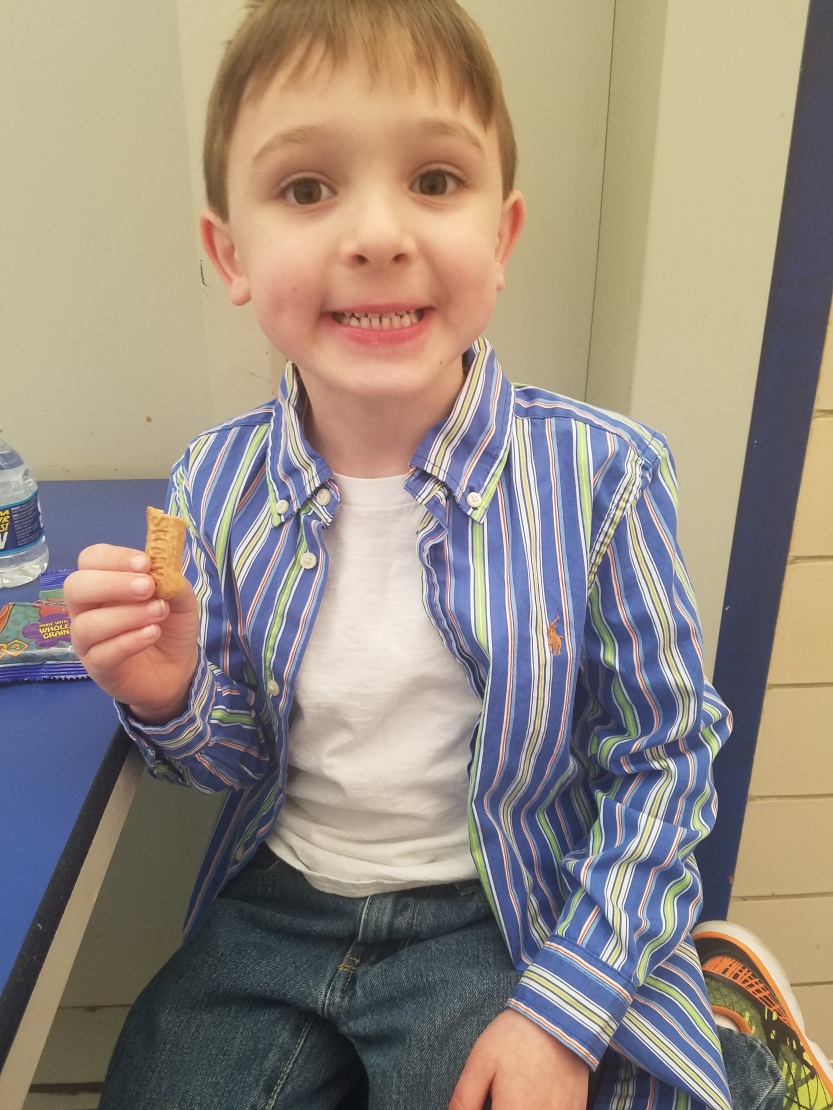 My littlest monkey is going to be six. SIX. Where does it go?

Just yesterday I was pregnant and unsure. Unsure what the future would hold. I didn’t like where I was in life, it mimicked too much of where I was at when I was pregnant for Matt. Jobless. Dependant on someone else. I couldn’t keep my nausea at bay long enough to help Matt with his homework, let alone clean or do anything else useful. I slept all day to escape it. I hated every minute of my pregnancy. Except when I felt my little Chaser move, and when I heard his heartbeat. Evidence of light at the end of the tunnel. Evidence that these months would end and I would hold my baby and not be sick anymore. I loved him before he breathed his first breath. Even if I hated pregnancy.

There was none of the pain and confusion that came with Matt’s entry into the world. My cesarean was planned. Everything went according to said plan, and soon I looked into Chases alert eyes and saw his perfect little features and every second of the previous nine months was worth it.

Newborns are hard. And recovering from a cesarean with a newborn is harder. And coming down from crazy hormones while recovering from a cesarean with a newborn is that much more. I was in immense amounts of pain and trying not to let it get to me or let anyone else know. I was an emotional wreck. And Chase, while absolutely perfect, was a needy baby as all newborns are. The next couple months were a blur of me trying to keep up a happy facade. . . I’m a happy mom of two wonderful boys and all of that noise. In all actuality, I was miserable. Maybe it was postpartum depression, I don’t know because I never talked to anyone about any of it. What I can tell you is that I felt absolutely worthless. The only thing that brightened my world was my boys. Everything else was tedious and bothersome.

I snapped out of it real quick when I found myself a single mother of not just one, but two boys, needing a job and a place of my own. Two people met and made a baby and went their separate ways, and I’m not here to tell you who did what wrong. . . Chalk it up to wrong place, wrong time. What I’m here to tell you is that I looked down at that little baby’s face and knew the reason I was put on this earth, and it was to be a mother. So I lifted my head up and squared my shoulders. Despite how difficult it was, I had two lives dependant on mine. I found a job. I found a home. I put on my rose colored glasses and began to navigate.

As Chase began to do more, I began to see his stubborn. And I smiled, seeing myself in my little one. Can’t turn over? That’s okay. I’ll find something to use as leverage. You said that’s hot? Well, I need to see for myself. Tell me no? I’ll wait til you’re not looking and do it anyway.

His eyes turned from blue to green to brown, he began to crawl and then walk and then run. He went from crying to babbling to talking.

And now he’s six, and playing t-ball and reading books and growing so tall so fast. . .

And now he wants orange and white cupcakes to take to kindergarten for his friends. He likes to wear his hats sideways and color aliens and dinosaurs and tape them all over the house. He loves dirt, but lucky for me he loves baths just as much. He always wants to be gone somewhere, my Chaser was born to be a wanderer. My, how my little one has grown. There is a constant, however. That happy smile and that deep down stubborn which may kill me but will take him far.

My little Chaser, my wish for you is that you don’t lose that happy, that you hold onto that stubborn. Being stubborn and happy will get you so far, as long as you know how to balance it. I hope you find the thing that makes your soul know it’s purpose, and that you chase your dreams until they are a reality. That you use that wandering spirit and stubborness and happy demeaner and make it all come together to be the you that you want to be. Travel. Learn. Find the meaning to your life.

And little Chaser, I hope you always know your momma is in your corner, cheering you on.