What you see below is a messy child’s bedroom.

There’s a Chaser buried beneath the blankets, but you can’t see him, so the picture is a valid photo for the seven day challenge.

8am is the time I wake him up each morning for school. And at 8am this is what I walked into. A box from the basement, with holes cut into it so he can slip it over his head and be a robot. Paper and markers scatter other surfaces, including the floor, because he’s on this kick where he’s drawing dinosaurs and coloring them and cutting them out and leaving them scattered through out our home. A portable DVD player on the floor, and his Batcave that I found at a garage sale in Luna Pier two summers ago. He’d been asking for one for months and I got it and all of the figurines for dirt cheap.

There is so much in this photo to be thankful for.

The little boy buried beneath the covers, first and foremost. At five he is still small enough for me to scoop up and carry around. My little monkey clings to me at times, long limbs wrapped around my waist and neck, and I hope sometimes that he stays this small. I am not looking forward to the day when he can no longer be picked up. He is silly and stubborn. Lately he’s been arguing every word that comes out of my mouth. The other day as we walked into the house from the car at 625pm I asked him, “Chase, is it dark out?” Grandma stood holding the door for us, the porch light on, and I asked him to drive the point home – that he’d tell me the sky was periwinkle if I asked him if it was blue, just to argue. And sure enough, he answered that it in fact was not dark out. Oh vey. Yesterday I noticed a red mark by his right eye, and the start of a bruise beneath it. Apparently on the bus he and his cousin had been playing Simon Says. And apparently when Simon says to punch yourself in the face, you go right ahead and punch yourself in the eye. 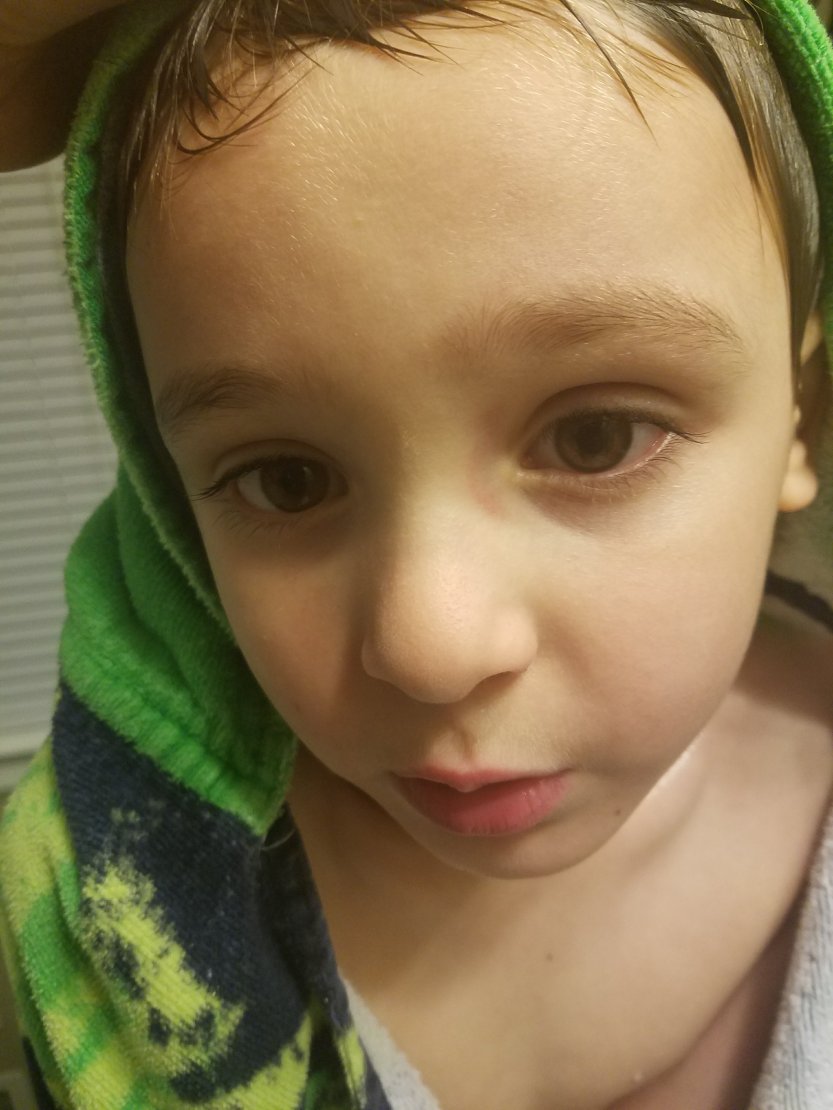 Sometimes, I don’t even know how to deal with the things that he says or does. But I am oh so grateful for his existence. I found true love when Matt was born. And it blew me away. I never knew I could love another human the way I loved him. But then I was blessed with Chase too, and the fact that the love I had for Matt wasn’t all that I had in me, that I could love not just one human that much, but two? I dont even have words.

I am also grateful for the fact that I am now in a position that both children have their own rooms. This time last year we were living in a two bedroom apartment. Chase was sharing my bed more nights than not. He had his own bed, in the room that the boys shared. But neither shares well, unless it is with me haha. Now we are in a house, where they have their own space, which also means that I have my bed all to myself. I’m grateful for having improved our lives.

I’m also grateful for the mess. A mess means a couple different things to me. One, that he has material things to make a mess with. Yes, I am grateful for material things. How can I explain it? He has toys and books and markers and paper and a portable DVD player, when there are children who aren’t lucky enough to have these items. I guess it’s as simple as that. Secondly, it also shows that he is learning. To color and cut and draw. He is using his imagination with these items, and the damned box too. I’m grateful that he is healthy enough to play and learn and move, that he is alive.

You see a child’s messy bedroom. I see an abundance of blessings. Even if I will be making him clean the room tonight, and it will be a battle because I haven’t met a child who likes to clean. But today, I’m grateful to have this life, with this child, regardless of the headaches and battles.

One thought on “Day Two”