Yup. I just wrote a post stating that I listen to primarily rock music, and my album of the week is. . . This.

When I wrote that post, I mentioned one of my first CD’s was TLC’s album, CrazySexyCool, which reminded me of this album. So I pulled it up on my internet radio station and gave it a listen. Almost 20 years after the initial purchase of the CD. And while I have also listened to Tantric, The Pretty Reckless, James Morrison, Sara Bareillas, and Alana Davis this week, I kept gravitating back to this one.

It’s still catchy. It still evokes the initial emotions I had when I listened to it the first time. And I have to admit – I’m a sucker for heavy bass, and this album doesn’t disappoint.

Back then it was on a little boombox. I was 15 going on 16, and it was the summer before my freshman year in high school, 1999.  My dad got it for me for my birthday, from a local music shop. I unwrapped the ridiculous plastic wrap from the CD, trying not to break the case – because if you remember unwrapping CD’s, that shit truly was ridiculous. I put the CD carefully into the boombox, careful not to scratch it,  and hit play, reading through the song list. “Our entire album cover is dedicated to any person who has ever sent us fanmail,” the robot voice said, and I unfolded the poster inside the CD to see over the group’s faces, in a font so small you could hardly read it, a list of names. Wow. Unfortunately it was not in an order where I could pinpoint where my name might be – because you know in my pre-teen years I was the one writing letters to musicians and actors I adored.

It seemed it wasn’t long after that, Lisa “Left Eye” Lopes was killed in a car accident while on retreat in Honduras. I was making myself breakfast before school, and dad said, “Hey! Isn’t she in that group you like?” And as the newscaster relayed the details of the wreck, I collapsed in the recliner, stunned. She was the first artist of any importance to me that had died, and I was devastated. April 26th, 2002. I don’t even have to look up the date to confirm it. (Actually I did after I wrote that line because it was a long time ago, but I was semi-correct – I found out on the 26th. The accident actually happened on the 25th.)

I was on the school newspaper staff, actually the copy editor by this time, so I wrote an article about her passing. I had adored the artist, living for and memorizing her rap verses. I was shocked to find that while it’s probably been at least 15 years since I listened to the album in its entirety, I still knew them well, haha.

Having been listening to the album for the majority of this week, I can see why I liked it so much, can still relate, and can see how this album quite possibly helped shape me into the person that I am. Hip hop and R & B are no longer my genres of choice, and they’re often classified as superficial. This album does not qualify as superficial, the lyrics speaking of things such as self confidence and self worth – superficial song titles like “Silly Ho” and “Good at Being Bad” actually talk about not being easy, knowing when a guy is just looking for sex, and knowing that you are worth so much more than a piece of ass. And sometimes a guy just doesn’t qualify to meet your standards or needs, and that’s okay. Of course there are the hits from the album, “Unpretty” – definitely a beautiful song about loving oneself, and “No Scrubs”, which also has a good message, if you listen beyond the slang. I remember being in awe over how they could make the sound of a phone dialing into music on “Lovesick”, and once again the lyrics carried a message – don’t let anyone bring you down to their level of heartlessness. “Automatic” spoke of karma, and “My Life” always resonated with me. “My father was a wise old man, always creating a plan for me to conquer this land – he said I am what I am, so be the best that I can – and if them others don’t like it then why should I give a damn?” Left Eye rapped, and my heart rejoiced. And as a whole, that was the message of the entire album. Be you, and fuck anyone who doesn’t like it.

I can see why in my mid teens, as I struggled to find out just exactly who I was, that this album had such an impact on me. And this week, even though I’m in my 30s, the message is still accurate and clear. There isn’t an individual out there that can tell you how to live, or what you’re  worth. 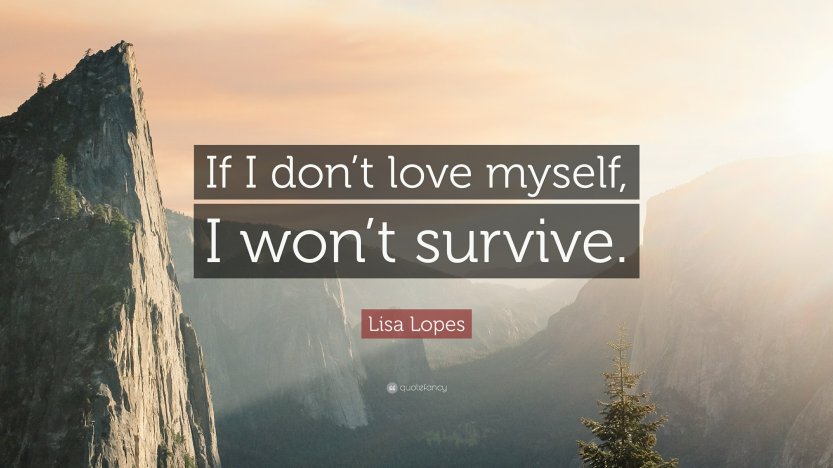