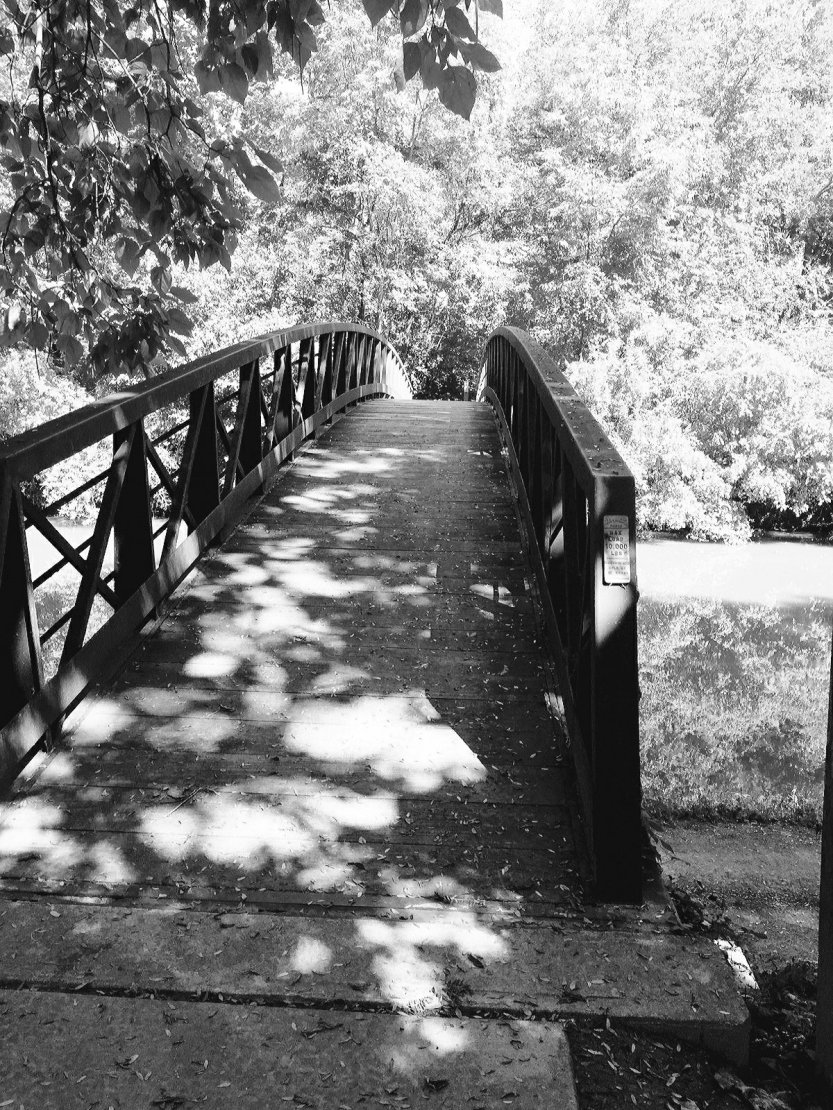 Welcome to Toledo today, Sunday September 24th 2017. My car is reading that it’s 91°F, and when you step outside you immediately feel perspiration break out on your skin, no matter how few clothes you have on.

Last week, I was wearing long sleeves and boots to keep warm. If you’re from this region you realize that this is not out of the norm, just annoying.

I went to pick up Matt’s prescription, my only errand for the day, around 330pm. I thought about topping off my gas tank and then decided that despite being dressed in a tank top and skirt that it was just too damn hot for that noise. So I came home, sat down, and Matt bounded into my room.

Torn between saying yes to get him out of the house and socializing and out of my hair, and not going back out in the heat, I looked at him, rather annoyed.

“Why didn’t you ask when I went to get your medicine?”

“Because I didn’t know then!”

Guess who’s at the park? I dropped him off and he walked up to a bunch of awkward looking pre-teens. Despite knowing that he doesn’t hang around trouble makers, I expressed to him the need for him to behave.

So now I’m all alone in my home, a rare treat. Chase is with his dad and the kids grandma is out of town. My only companion is my six pound Chihuahua, and the noise from the dryer running.

It’s been a busy weekend thus far, with a concert Friday night with Dorothy and wedding planning with Sophia Saturday. Between Friday and Saturday I was home long enough to sleep and shower. I spent yesterday evening relaxing with my book and trying to trouble shoot why the keruig is popping a warning message about needle maintenance. Today I’ve been just doing random odds and ends around the house; decluttering and hanging shelves in the bathroom, laundry. Boring, mundane. I’ve been battling a headache since yesterday, either allergy or lack of sleep or lack of caffeine, or a combination of the three. I need to catch up on my bullet journal. I’m depressed about a revelation about a recent ex, but excited about reconnecting with an old romantic interest and kindling a friendship with another. So while I’ve been doing boring mundane things today, and fun exciting things most of the weekend trying to keep myself busy, my mind is kind of a clusterfuck.

So, I write now in the silence while my children are occupied elsewhere. When they get home it will be time to make dinner, a new recipe for Chicken drumsticks. My kids love drumsticks, me not so much. But I’m always trying to find creative ways to make them so I can stomach them too. And then baths and putting laundry away and bed – Sunday night in our crazy household. It sounds simple but I assure you, it will be anything but that.

I got to see one of my favorite new music artists, a blues like female musician by the name of ZZ Ward. Her voice is amazingly unique, and she plays multiple instruments. I got to be damn near front row with a VIP pass, and as we walked up to the venue she walked right past us and I stopped in my tracks as she made eye contact with me and smiled. The concert was eventful, with crazy people pushing their way to the front rudely with no consideration for others. An older drunk gentleman with a cane insisted on being up front, and he was obviously trying to feign blindness but too drunk to keep up the facade. He kept yelling nonsense and being distruptful. I’m not sure if his companion guided him to the back of the venue or security, but I was grateful when I noticed his absence. A very nice couple in front of us insisted on me standing in front of them because I’m short. I found the whole thing utterly amusing. So many different types of people were in attendance, from the old fake blind drunk guy, to the teenage girls standing next to me – not  to mention the couple and their friends. The couple was two women, who kept referring to each other as wife, over joying to me still even though it’s been awhile since gay marriage has been allowed. With them was a sister and brother in law, and I lost track of how many friends. When a girl pushed her way to the front and damn near knocked me over, they all, Dorothy included, came to my rescue trying to remove the girl away from me. The music was wonderful, the opening act, Cat Clyde was phenomenal, and even though there was drama we all came out unscathed. And the feeling of the instruments in my bones and the bass under my feet and the blinding lights was such an unforgettable experience. Ninety percent of a concert for me is spent with my eyes closed, feeling the music, the other ten percent with my eyes on the fingers of the guitarists. Music is my saving grace and while I can’t play a damn thing and my singing is not in a professional league, I live and breath music just the same. Bad day, good day,  boring day, it doesn’t matter. Music enhances the good, livens up the boring and makes the bad more bearable. 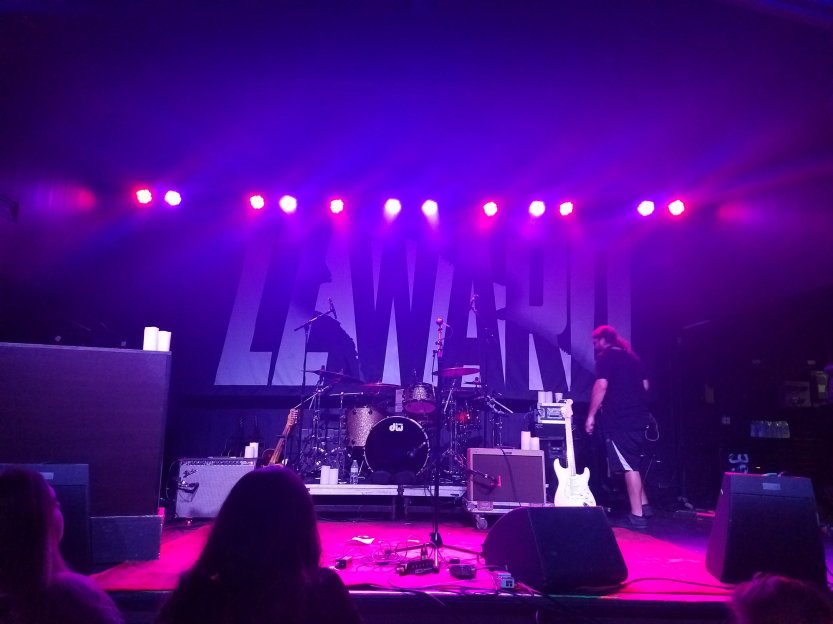 On to Saturday. 8am, I woke up feeling like a bus hit me. No alcohol was involved, just a whole lot of feeling being on my feet for five hours in sandles. And not being 20 anymore. I discovered the keruig was acting up, attempted to make coffee in a regular coffee pot and made it to weak. I made a half assed attempt at yoga, showered, dry shampoo’d my hair, and headed to the gas station for caffeine and gas. I drove out to meet Sophia and although I was quiet from being so tired, I thoroughly enjoyed our planning trip through the reception hall and park where the wedding would be held. I made some idea contributions despite my brain not being fully with it and was grateful for Sophia buying lunch at a local diner with some killer woodfire pizza. 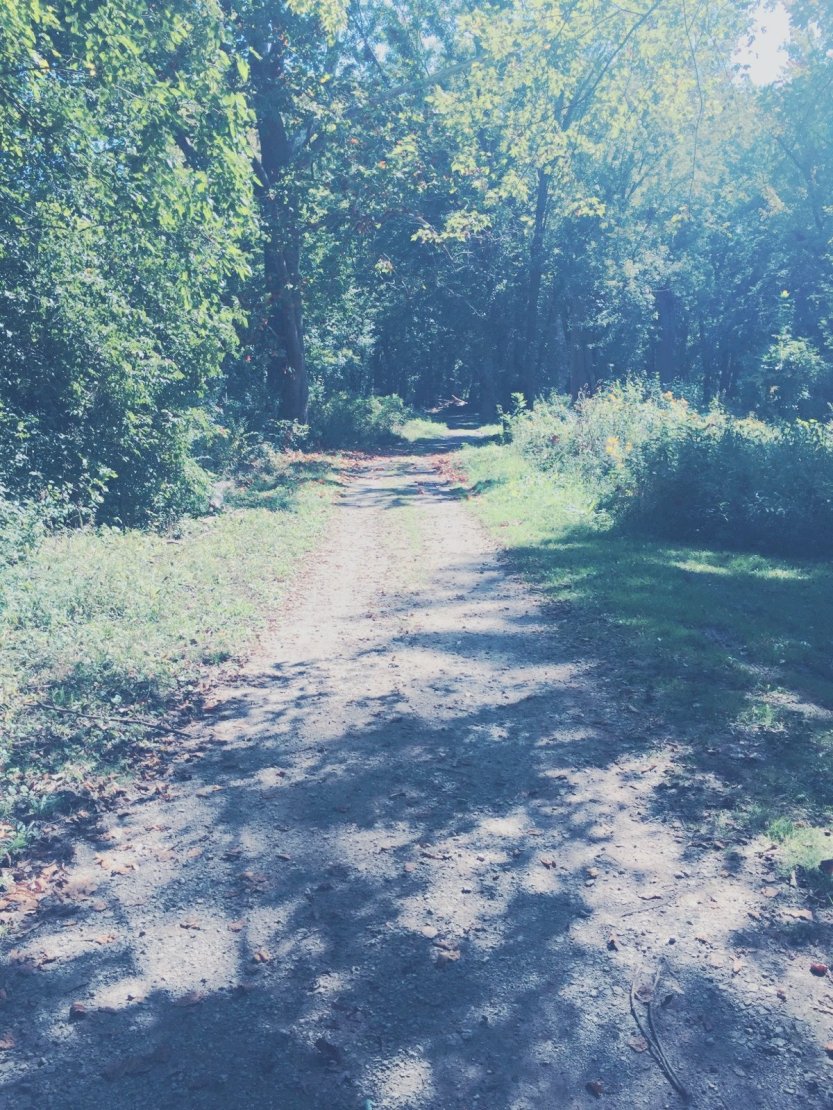 And home. Where I attempted to take a nap, and ended up texting and talking to people on the phone, and enjoying some time with Mr. Dean Koontz and his book, The City.

The chicken is in the oven, and my children are now home. Life will now resume at its break neck pace. Today has been a day, with more time chatting with friends then working, and enjoying my quiet but hectic life. Today is also the end of the current holiday my company is observing, and I’m looking at a hectic week ahead.

I’m living life more completely now than I have in several years. Socializing and not being afraid to experience new things and new places. I am happy for what I have and while things aren’t always easy or explainable, life continues to amaze and enthrall me. I wouldn’t change anything about any of it. The good, the bad, the boring. I live and I breath and I love.